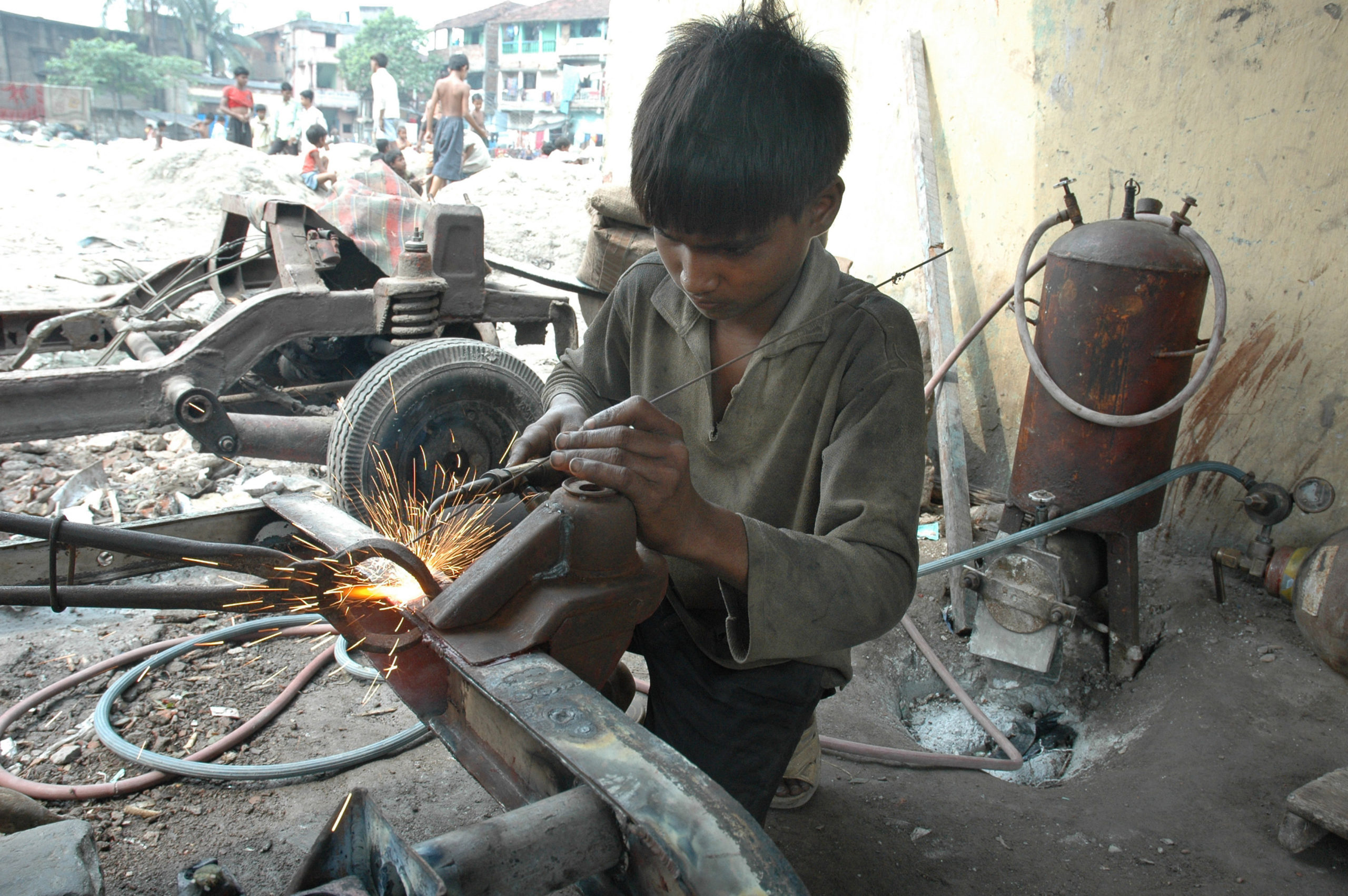 Children are meant to be playing and learning. They are meant to remember the lovely memories of their childhood. Don’t you have memories of when you were little? Some incidents at least? Now imagine that they’re being replaced with work. It’s not bad enough that we have to work when we grow up? I think it’s wrong to make children whose hands are meant to play, lift heavy loads, or clean the place. It’s definitely cruel, and it has to be stopped.

According to the UNCRC, “a child means any human being below the age of eighteen years unless, under the law applicable to the child, majority is attained earlier.” This definition of a child enables individual countries to set the age limit on their own terms, as in the case of India, at 14 years. Unfortunately, India is also home to the largest number of child labourers in the world.

Child labour has at least one of the following characteristics:

To my knowledge India has been tackling child labour-related problems since 1986. In accordance with the 10th plan, the following activities have been undertaken under the purview of the NCLP:

It still shows that there is very little political support in India for compulsory education or for the enforcement of laws prohibiting the employment of children.

India has made substantial strides in removing the worst forms of child labour in 2017 and has since taken all required steps to eliminate child labour. India has also amended its Child Labour Act and made it mandatory for children under 18 years of age to be prohibited from working in hazardous industries. In addition, the Government of India has also released a National Plan of Action for children, which implements the national policy for children and focuses on trafficked children, child labourers and other vulnerable children.

As an NGO, we have a crucial role to play in curbing child labour in India. We work at the community level to keep children from being lost in labour. Identifying the root factors that compel families and communities to allow children to work, resolving these fundamental problems by engaging with parents, community leaders and the children’s group where the importance of children’s rights and the negative effects of child labour are addressed. Empowering knowledge-based societies to demand the correct implementation of job schemes, food security and access to all policy provisions.

HOW CAN YOU HELP ?

Get 50% tax exemption on your donation to us under section 80G of the Income Tax Act.